Skip to content
Is Job Insecurity Making Your Workers Sick?

Need a policy because of a recent regulatory change? We’ve got it for you. Need some quick training on a specific HR topic? We’ve got it for you. HR Insider provides the resources you need to craft, implement and monitor policies with confidence. Our team of experts (which includes lawyers, analysts and HR professionals) keep track of complex legislation, pending changes, new interpretations and evolving case law to provide you with the policies and procedures to keep you ahead of problems. FIND OUT MORE...
Is Job Insecurity Making Your Workers Sick?
Favorite Print Email 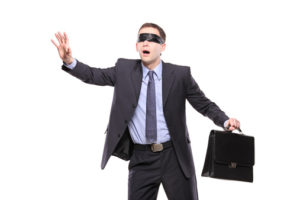 The increase in temporary work means more job insecurity, which may be eating away at your employee’s health

Losing one’s job is very stressful. Numerous articles and studies discuss the impact of job loss upon mental and physical health.  According to research published in the ‘Social Science and Medicine Journal’,  job insecurity  also has a detrimental impact on health. In the 2009 study “Perceived job insecurity and worker health in the United States’, researchers examined job insecurity and determined that it was correlated to stress and poor health. These findings are consistent with previous research that indicates those who consistently work with a lack of job security suffer more health problems. A study of labourers in the manufacturing industry determined that workers anticipating layoffs exhibit decreased safety motivation and compliance. Logically, this is  linked to higher levels of workplace injury.

Workers who lack job security are often called precarious workers. These workers traditionally include low wage and lower skilled workers whose jobs are temporary or seasonal. The precarious workers of today also include skilled and higher wage earners including accountants, designers, social services workers, and the self-employed, freelancers and contingent workers. Data tells us that the precarious, part-time, temporary, contingent workforce continues to grow in Canada.  According to statistics, between August of 2012 and August of 2013,  in Canada the highest growth of jobs was among the ‘self-employed’,  followed closely by part-time jobs.

An August 2013 news release CWS (Contingent Workplace Solutions) reported a 10,330% growth in business over the past two years (yes, ten thousand percent). The release stated that contract and temporary workers now account for 20% of Canadian workforce. It is interesting to note that CWS was named Canada’s Top New Growth Company by the 12th annual “PROFIT HOT 50 Rankings’.

Job instability is not new, but with the increase in systematic job insecurity, people are spending more time worrying about job loss. This increased fear has an impact on health due to the complementary increase in stress hormones. Add to this  equation the fact that precarious workers are far less likely to have access to health benefits .

Helping Your Workers Manage the Stress of Job Insecurity

If your workforce is comprised of workers who are worried t job loss,  it is  important to take steps to mitigate their stress. One option includes providing  information. Nothing breeds fear like a lack of information. In addition,  you can offer employees access other important information including opportunities to consult with career and job coaches, financial planners, health and wellness consultations and other resources that can help them manage the stresses associated with job insecurity. Employees who experience less job insecurity stress are less prone to health problems. This  means fewer absences, and also, employees who are more careful in the performance of their duties. Careful, engaged employees are less likely to become embroiled in accidents. This is a benefit to employee and employer alike.

Perceived Job Insecurity and Worker Health in the United States

What’s stressing the stressed? Main sources of stress among workers

Half of GTA and Hamilton Workers in ‘Precarious’ Jobs