Skip to content
When Are Awards to Employees Taxable Income?

Need a policy because of a recent regulatory change? We’ve got it for you. Need some quick training on a specific HR topic? We’ve got it for you. HR Insider provides the resources you need to craft, implement and monitor policies with confidence. Our team of experts (which includes lawyers, analysts and HR professionals) keep track of complex legislation, pending changes, new interpretations and evolving case law to provide you with the policies and procedures to keep you ahead of problems. FIND OUT MORE...
When Are Awards to Employees Taxable Income?
Favorite Print Email 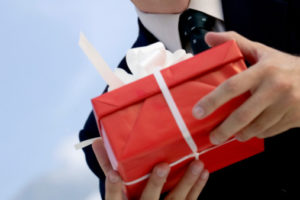 To improve morale and retain experienced employees, ABC Company starts an incentive program offering certain awards to employees who reach their 10th anniversary with the Company during the year. Awards include Starbucks gift cards, hockey tickets and a shopping spree at Wal-Mart. The company also offers any employee, regardless of years of service, free circus tickets if they have kids under 12. Assume that these are the only awards ABC employees receive from the Company during the year.

All of the following awards from ABC would be considered a taxable benefit to the employee EXCEPT:

B. All of the awards listed above are taxable benefits except the hockey tickets.

hypothetical example illustrates the rules on taxability of awards received from employers for employment-related accomplishments. CRA used to take the position that the fair market value (FMV) of any awards given to employees in recognition of certain achievements was a taxable employment benefit under Sec. 6(1)(j) of the Income Tax Act. But in 2002, CRA issued Income Tax Technical News, No. 22, Jan. 11, 2002, saying that from now on, employers could give their employees up to “two non-cash awards per year, on a tax-free basis, in recognition of special achievements,” provided that the total cost of the awards to the employer is less than $500 per year. A “non-cash” award, according to CRA, is one where the employee can’t choose what the award is.

All of the awards listed above are below the $500 threshold. But two of the four—the Starbucks gift card and Wal-Mart shopping spree—would be treated by CRA as near-cash because they:

WHY THE WRONG ANSWERS ARE WRONG

A is wrong because, according to CRA’s Taxable Benefits Guide (T4130), a cash award or “near-cash” award to an employee is a taxable benefit from employment. A “near-cash” item is one that can be easily converted to cash, such as a gift certificate, gift card, gold nuggets, securities or stocks. So CRA will treat the $400 Starbucks gift card the same as if ABC gave the employee $400 in cash.

C is wrong because, according to a recent CRA External Interpretation, No. 2007-0247981E5 (E), March 13, 2008, letting employees select an award from a store the way a shopping spree does is essentially the same thing as a gift certificate. And T4130 makes it very clear that gift certificates are near-cash items that are, like cash, considered a taxable benefit.

D is wrong because the exception regarding the taxability of awards, T4130 explains, applies only to awards for employment-related accomplishments, such as long or outstanding service, employees’ suggestions, or meeting or exceeding safety standards. The hockey tickets are for an employment-related accomplishment—working for the company for 10 years. The free circus tickets, by contrast, are for any employees with kids under 12. So they don’t qualify for the exception and are taxable to the employee.
[/learn_more]