Skip to content
Simplify the Calculation of Business Travel Mileage

Need a policy because of a recent regulatory change? We’ve got it for you. Need some quick training on a specific HR topic? We’ve got it for you. HR Insider provides the resources you need to craft, implement and monitor policies with confidence. Our team of experts (which includes lawyers, analysts and HR professionals) keep track of complex legislation, pending changes, new interpretations and evolving case law to provide you with the policies and procedures to keep you ahead of problems. FIND OUT MORE...
Simplify the Calculation of Business Travel Mileage
Favorite Print Email 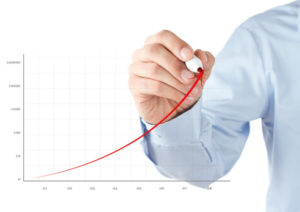 One of the problems with allowing employees to drive cars, vans, pickup trucks, SUVs or other company-owned vehicles for mixed purposes is that you have to maintain extremely detailed logs to track mileage driven for business to claim the tax advantages associated with having mixed-use vehicles. This is a royal pain in the posterior, especially for small and medium-sized businesses. The CRA’s system enables employers to project business mileage on the basis of previous use and spare them the need to maintain the logs throughout the year.

What the Law Requires

Employee travel in vehicles supplied by their employers qualifies for both income tax deductions and GST/HST input tax credits if the travel is business-related. But, of course, the same is not true of miles driven in those vehicles for personal use. So, when a company vehicle is used by employees for both business and non-business purposes, the employer must apportion mileage. Neither the Income Tax Act nor the Excise Act specify what documents are necessary to demonstrate business usage of a vehicle.

CRA’s policy states that employers should keep a logbook over the course of a year showing the destination, reason and distance travelled for each and every business trip made in the vehicle.

Many provinces and the federal government have committed themselves to cutting burdensome regulation. No government agency generates more paperwork and administrative hassle for small and medium business than the CRA.

In 2008, the Canadian Federation of Independent Business (CFIB) which represents small and medium-sized businesses told the CRA that keeping the business mileage logbook was a major burden to its members. The CRA apparently took this to heart. So, on June 28, the CRA unveiled a new and simplified system for tracking business mileage that it claims will cut small and medium businesses’ paperwork by 75%.

How the New System Will Work

Under the proposed new system, employers need only keep logbooks for a limited period. This period establishes a baseline showing the employer’s typical business use. Sample period use can then be projected forward to subsequent tax years.

To use the new system, employers must meet 4 conditions:

Condition 1: There Must Be a Previously Established Base Year: First, the employer must have previously filled out and kept a logbook covering a full 12-month period that was typical for the business. The so called “base year” has to run 12 months but it doesn’t have to be a calendar year.

Condition 2: There Must Be a Subsequent Sample Year Period: Once the base year is set, the employer must keep a logbook for at least one consecutive 3-month period in each subsequent year (the “sample year period”).

Condition 3: There Must Be No More than 10% Variance in Mileage: Distance travelled and business use of the vehicle during the sample period must be within 10% of the corresponding 3-month period in the base year (the “base year period”).

Condition 4: There Must Be No More than 10% Variance in Business Use: The calculated annual business use of the vehicle in a subsequent year can’t go up or down by more than 10% as compared to the base year.

How to Calculate Annual Business Use

If all 4 conditions are met, business use of the vehicle in subsequent years will be calculated by multiplying the business use as determined in the base year by the ratio of the sample period and base year period. The formula:

Assume that an employer completes a 12-month logbook showing the following business use in the base year:

The annual business use for the base year is 49%.

Since 54% is within 10% of the base year business of 49%, the CRA would accept the figure as representing the business use for the vehicle for the entire subsequent year.

Although it sounds complicated, the CRA’s business mileage calculation method is actually fairly straightforward. And while nothing about tax administration and reporting is ever simple, the new system is much easier to use than the clunky old logbooks.